Kuvakom — Positive Feedback from the Field 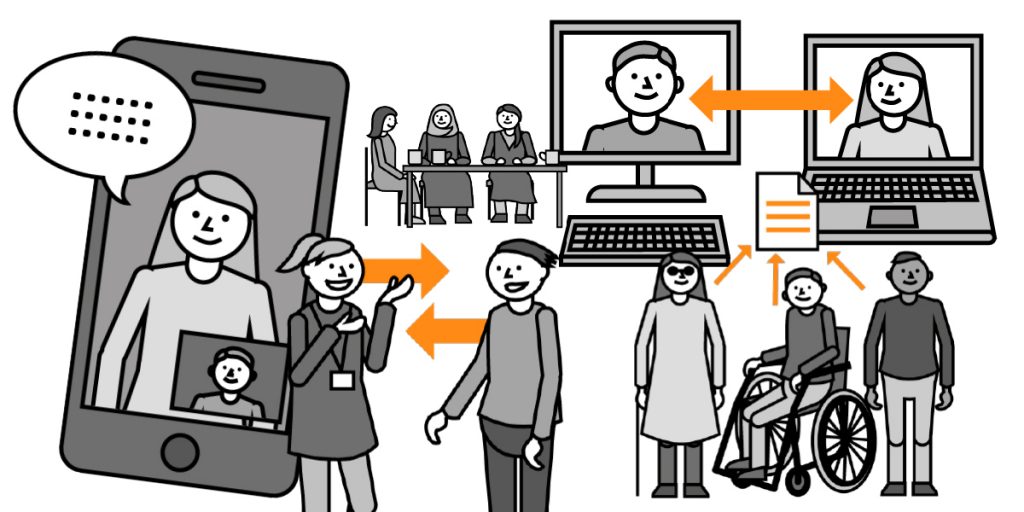 Kuvakom is a pictorial mobile application which helps people from different cultures communicate with one another. It has generated a lot of interest and fulfills a real communicative need in various contexts.

The application contains a large set of images that expedite communication when there is no shared language between participants. The images used in the app are gathered from Papunet, a website which specializes in inclusion and accessible communication.

A Valuable Tool in Migration

Kristiina Mattila-Nousiainen from The Finnish National Rescue Association (SPEK) has been pleased with the app. She is currently working in a project which seeks to promote participatory migrant safety.

I travel all over Finland to talk about issues of safety, to migrants and to the people working in migration. Kuvakom has been a really helpful tool in my line of work, says Mattila-Nousiainen.

The app has also proven useful for the officials who work with undocumented migrants. The people who work at migration offices have reported that Kuvakom helps them succeed in their jobs daily.

The App Helps Many Professionals

Mattila-Nousiainen also notes that many Finnish first-aid crews use Kuvakom to ease interactions with non-Finnish people. The lack of a shared language makes it more difficult to help migrants or non-Finnish-speaking tourists in emergency situations. Kuvakom allows the paramedics to help people more efficiently.

Working professionals from fields other than migration or healthcare can also use Kuvakom to bridge language gaps. For instance, many Finns working as United Nations peacekeepers have begun to use the app to facilitate their daily work abroad.

The students at Humak University of Applied Sciences have also noticed the usefulness of Kuvakom during their international internship periods.

Sign language interpretation student Outi Varppee, who worked as an intern in Senegal, states that the app was received with great enthusiasm by the locals.

There was an enormous interest in Kuvakom in Senegal! I presented the app to many people from various organizations and they all were very excited, Outi says.

Outi had the opportunity to recommend the app to local art- and entrepreneurship operatives. She also met with a representative of the Finnish Evangelical Lutheran Mission, who will be using Kuvakom in their educative work everywhere in West Africa.

You can read Outi’s story here.

KUVAKO is an ongoing three-year project (2017-2020), which is funded by the European Union Home Affairs Funds. The goal of the project is to create an image-based method of communication for migrant reception centers, where there is often no shared language between the migrants and the officials.

The Kuvakom mobile app is one of the concrete achievements of the project. The app is easy to use and available to everyone.