Humak university of applied sciences welcomes you to their 24th official opening of the academic year. The event will be held online. The opening will include speeches about the upcoming academic year, a hello from student union HUMAKO, plenty of music and other content produced by the people of Humak, and the official opening of the “Humak Cares” campaign. Welcome aboard!

Humak’s opening of the academic year will be live streamed from Pakkahuone in Joensuu 6.9.2021 at 14.00. The host of the event will be our community educator student Anna-Leea Määttä. The developer of internationality of Riveria vocational school Ara Hayrabedian will be in charge of music.

The event will be interpreted into Finnish Sign Language and the hosting will be available both in Finnish and English. 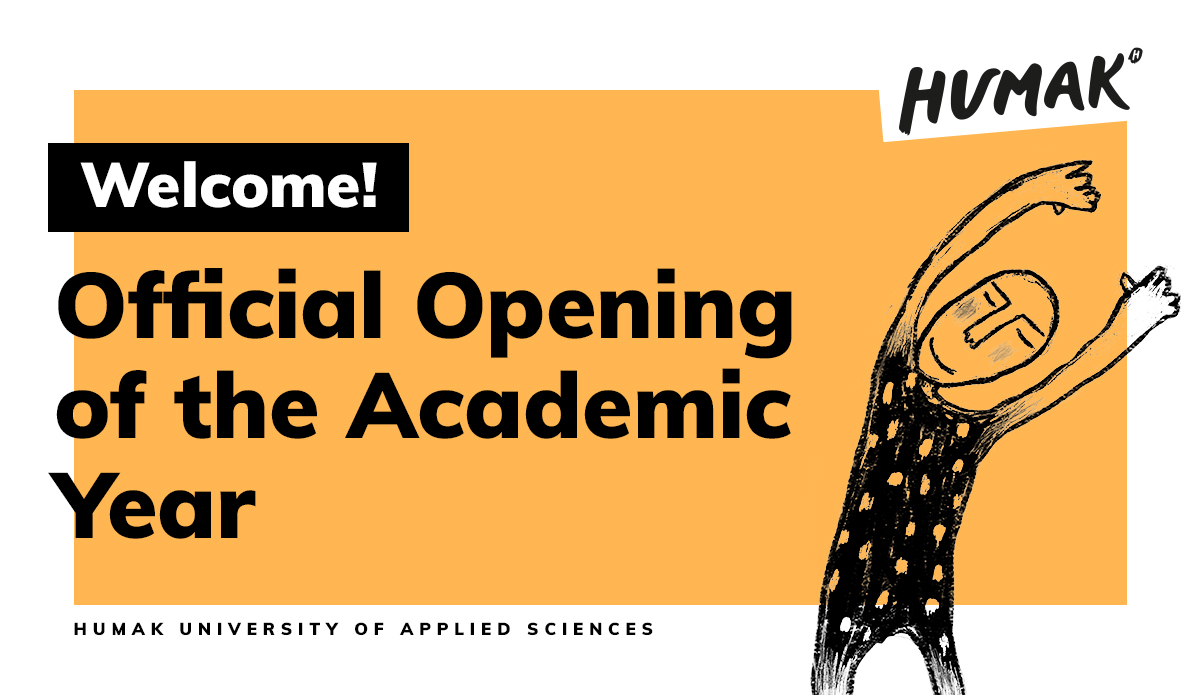 We reserve the right to make changes to the program.

The head of  production of the event is Humak lecturer Kari Keuru and technical expert for the event is entrepreneur Timo Sund.

Do arrive online before the start of the event at 14.00. Thank you!

Ara Hayrabedian is a 52 year old, originally Lebanese-Armenian man, who has lived in Finland for 22 years. During 1996-1999 he was working in Saudi-Arabia where he met a woman from Joensuu. Together with his Finnish wife, they moved to Finland. In the August of 1999, they moved to Vaasa where Ara studied to become an IT-engineer in the Vaasa university of applied sciences. In addition to his other working life experience, he has also acquired the competence to work as a vocational teacher and gained a YAMK-degree from Karelia. Nowadays, Ara works as an internationality developer of Riveria. Singing has been present in his life in Finland from 2003. One of the most significant performances has been Joulumieltä jokaiselle -Christmas concert together with Markku Könttä and the Blue Notes Orchestra, and many other local and national artists. In the last four years, he has performed in several celebratory and memorial services.

Welcome to the Official Opening of the Academic Year of Humak!