37 live action role players (LARP) gathered in the 31st January in Brinkhall Manor in Turku to play a game The Hallway of the Hostel Underworld. Production, manuscript and direction of the game was done by Humak’s Community Educator students in Turku lead by the student Kerttu Lehto.

Lehto, who has years experience in Larps, thought first to develop a live action role play as part of her summer term studies, but after a while the project expanded to nine-month project with five fellow students who also could include the production as part of their study plan.

Scene of the LARP was an imaginary Hostel Underworld with a set of guests who all had some kind of dark secrets as part of their history. Guests were expecting information where they would head in their journey in the Underworld. The play started at 4 PM but the first players arrived to the site already in 11 AM in order to prepare their roles. The game’s Grande Finale was at 12 PM when there was arranged the voting session among characters and in which it was chosen the ones who would go further – but to where, it remained as a secret.

The project took nine months. All roles were written in to the storyline in advance and all the possible moves, changes and conflicts between players were thought in advance in the manuscript. Also the crisis plan were somewhat extraordinary because it did not only include the traditional parts of the crisis plan but also how the crisis between the characters and its impact for the players could be handled and debriefed in a proper manner. The rules of the larp had been constructed in very detailed level. Many of the producers were doing their first larp ever and during the production they became the experts in the field.

The people who were interested in participating to the LARP were asked what kind of character they wished to have and directors put them in to their roles. Interaction between the characters was described in the manuscript and weapons, which are familiar from many other larps, were not functional in the Hallway of the Hostel Underworld. Directors had possibility to freeze the characters if the tension between the players got high during the game and larpers could themselves decide the level of physical interaction between them and other players.

Senior Lecturers Were Impressed Over The Production

The production and organising the Larp would be included to the studies of the Humak’s Community Educator students. Pedagogical method of Humak is learning by doing and the skills and expertise gathered in such a production is fitting many of the existing courses offered by Humak. The Hallway of Hostel Underworld would for instance fit in to Planning and Organising an Activity or Methods of the Youth Work courses.

– I visited the Hostel Underworld early in the evening and the first thing which struck in to me was the quality of the small details the players had put in to the roles and the scene. Our students had written the story well, it was complex and full of different important themes and also the level of commitment of the players, which had arrived to Brinkhall, was fantastic, Anna Pikala, Senior Lecturer of Humak, says. Pikala neither could arrive to the Hostel as herself but as a character.

LARP as a Method of Youth Work Needs Further Development

For the question whether larping could be used as a method in the Youth Work, Pikala and Lehto said that there would be many challenges which needed solving. Developing a high quality larp is an ime consuming effort and the concept needs further development in order the production and jumping in to the role would be much faster. In order to find questions for these challenges, Lehto has plans to develop the project further for instance in form of a BA Thesis.

Video Interview of the Producers (In Finnish) 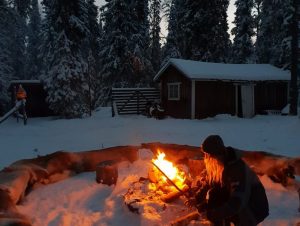 The adventure and outdoor education students at Humak UAS complete three internships during their studies. On their first year, the… 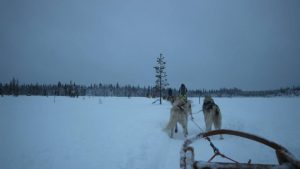 Every semester, Humak University of Applied Sciences welcomes a new group of international students. In this story, three cultural management… 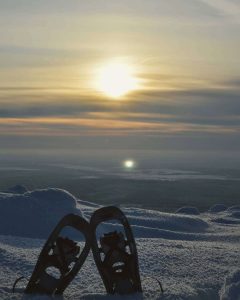