Cancel Culture: A Trend Worth Canceling or Nurturing? 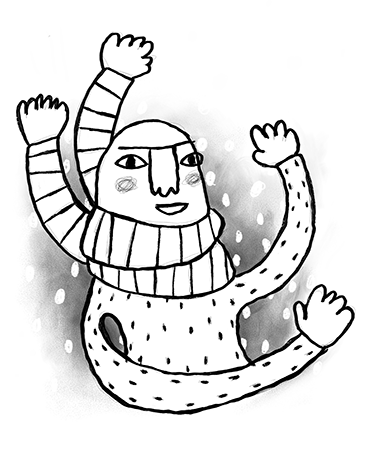 Cancel culture refers to the trend where a person’s reputation can be ruined, they can be demanded to get fired, or their career can be destroyed because of an opinion that is perceived as wrong, heretical, or carelessly worded. Sometimes one single word is enough to trigger this process. Furthermore, the whole existence of that person is denied and they are removed, revoked, or annulled – in other words, “canceled”. Misconceptions and “wrong” opinions can be found in blogs, posts, and articles even from decades ago and still be condemned today (Romano 2020; Velasco 2020).

There is a long list of people who have been canceled, many of which work in the arts and culture sector. For instance, country singer Morgan Wallen used the n-word while drunk, which is why his music was removed from radio station playlists, and the record company froze his contract under pressure. In Finland, the popular music duo Maustetytöt was temporarily canceled for using the same word in one of their hit songs.

Cancel culture has been addressed in various online columns. In most of them, the phenomenon is seen as a side effect of social media that fuels an atmosphere of fear and silences social debate that is accepting of different opinions. Cancel culture has been compared to, for instance, school bullying among adults and cancer that eats away civilization (Korpela 2020; Lepojärvi 2020; Maunula 2020; Ukkola 2020). Critics say that many researchers tend to avoid difficult topics (Maunula 2020). On the other hand, some columnists believe that criticizing cancel culture is endorsing discrimination. There is nothing wrong with serious condemnation and severe consequences of discriminatory speech according to some columnists (see, e.g. Sarasti 2021).

Critics of cancel culture often represent conservative politics, but many authoritative liberals have also joined the critique recently. For example, former US President Barack Obama (BBC 2019) speaks critically of the “woke culture” that refers to being alert to socially discriminatory structures. Obama seems to have little appreciation for people who are as judgmental as possible to others but very pleased with themselves. He does not want to equate this kind of activity on social media with civic activism.

Obama is not alone in his opinions. In July 2020, 153 prominent American intellectuals and cultural figures published a letter of great concern about the curtailment of free speech on the Harper’s Magazine website. Among other things, the signatories do not accept that journalists can no longer write about topics of their choice, that researchers can be fired for disseminating peer-reviewed academic research, and that fear of retaliation is stifling the free exchange of thoughts and ideas. The letter was signed by Noam Chomsky, a well-known left-wing social critic, among others (see Harper’s Magazine 2020).

Cancel culture is attached to the communality and sociality of the internet age, which is why it may well be getting stronger. According to psychologist Rob Henderson (2019), participating in cancel culture increases one’s social status and correspondingly lowers the status of the perceived enemy. Cancel culture also strengthens the social ties between the participants and offers quick, attractive rewards. For these reasons, it may be that cancel culture is taking on new forms.

Cancel culture might be one of the most important forms of modern civic activism. Where companies were previously boycotted, retaliation is now being directed at individuals. In cancel culture, anyone can be influential by posting angry social media updates from their couch. Researchers of civic activism find that participating in activism must be easy, fast-acting, and requires little commitment (e.g. Lindholm 2012). Attacks on social media meet all of these criteria: activism today is “clicktivism” rather than protests or going to the barricades.

Is Cancel Culture Too Restrictive?

If cancel culture continues to grow, people will be publicly shamed and their careers will be ruined for even smaller and more ambiguous offenses. Therefore, people are probably going to watch their words more and more carefully. Some might entirely withdraw from social media just to be safe. Many have already added the phrase “my opinions are my own and do not represent the views of my employer or my industry” to their Twitter accounts.

What about the fact that one of the most influential people in the world, the President of the United States, was excluded from mainstream social media forever? Most of my own social media bubble rejoiced at the decision. They found that social media companies acted responsibly and defined the ethical limits of posts. On the other hand, the removal of politicians from social media could influence the results of democratic elections. A politician removed from social media has a poor chance of being elected even a Member of Parliament – let alone president. I believe that there will be a lot of debate in the near future about who has the right to restrict the speech of politicians in democracies.

Is “Canceling” Just Getting Started?

In my blogs, I tend to reveal what I personally think about the topics I write about. According to my set of values, it is an entirely different matter whether we are discussing poorly worded tweets, incorrect social opinions, or sexual offenses and felonies. However, these are all bundled under the concept of cancel culture.

I have no sympathy for people like Harvey Weinstein who abuse their power and sexually harass or even rape others. It is admirable if cancel culture has succeeded in breaking the power structures that have made such actions possible. However, I do not see any good in sending troops against a furniture salesperson or a celebrity that has expressed their socio-political opinion. This is why I wish to cancel cancel culture – but I think the trend will only strengthen rather than weaken.

Velasco, Joseph 2020. “You are Cancelled: Virtual Collective Consciousness and the Emergence of Cancel Culture as Ideological Purging.” Rupkatha Journal on Interdisciplinary Studies in Humanities 12(5).