Humak Cares campaign was kicked off today at the opening ceremony of the academic year of Humak University of Applied Sciences. Humak is organizing this campaign during the upcoming academic year to support and improve student well-being.

-“During the academic year, known experts from different fields are shedding light on well-being. Well-being is examined through the perspectives of physical, psychological, social and economical well-being. The themes of the lectures are incredibly interesting and current” , says Humak’s director of education Päivi Marjanen.

The campaign was started when the Ministry of Education and Culture challenged the sector of higher education to think about concrete ways to improve student well-being. This was launched by a growing concern from students and student organizations towards student well-being during the Covid-19 pandemic. The cancellation of student events and challenges with distance learning have increased problems with mental health.

The previous Minister of Science and Culture Annika Saarikko challenged institutes of higher education to work and promised aid for concrete actions on the matter. Humak has responded to this call for action by hiring a study psychologist in June to support students and by Humak Cares campaign which is launched today. Members of the student union HUMAKO have been strongly involved in the planning of the content of this campaign.

“HUMAKO has been crucial in us getting speakers who will interest our students”, Marjanen says gratefully. 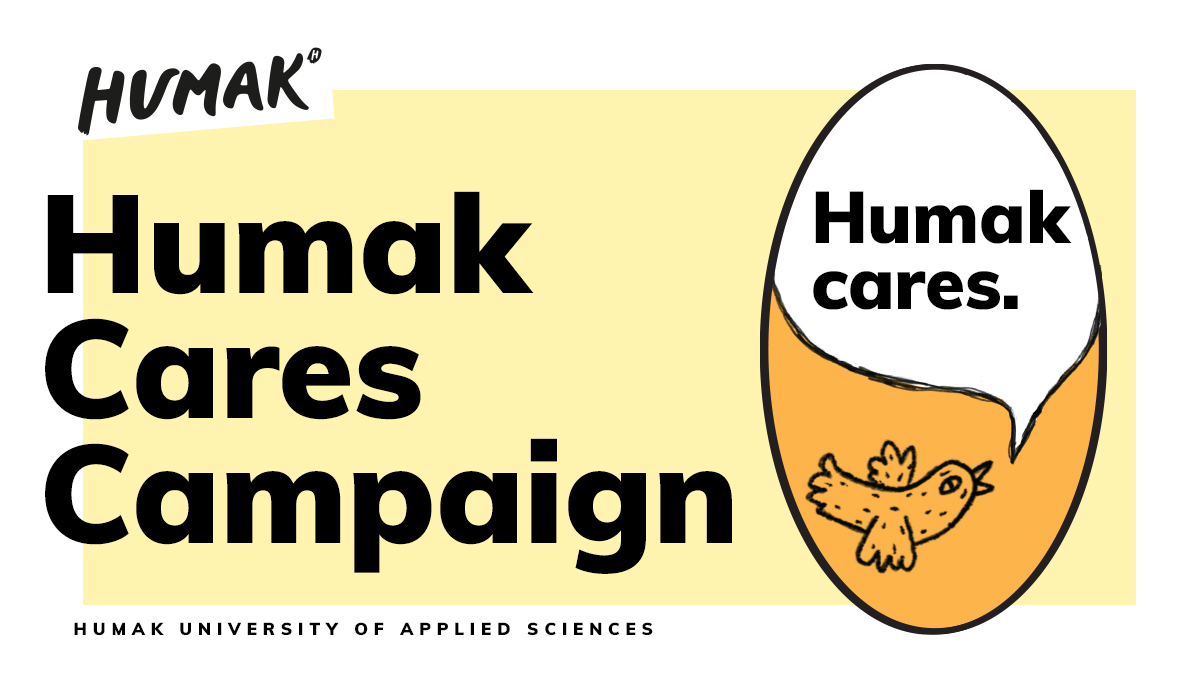 An Overall Patch and Credits for Students Taking Part in the Campaign.

Students attending the campaign can gain credits for different study modules and a Humak Cares -patch for their overalls.

Student will keep a learning diary in which they will reflect on the lectures and how they connect with their own studies and fields. The learning diary will be returned after the end of the lecture series on the course site of the relevant study module. Student, please check your tasks from the course site of your own study module. Depending on the task, a student can obtain two credits towards their studies.

Instructions for writing a learning diary. (In Finnish).

The overall patch which is used as an illustration on this article can be obtained from the office of student union HUMAKO, from events and various tutors.

A Podcast on Student Well-being

During the campaign, student psychologist Ilse Lammila and the student office will also produce a five episode long podcast on well-being. More information on the episodes will be available as they are released.