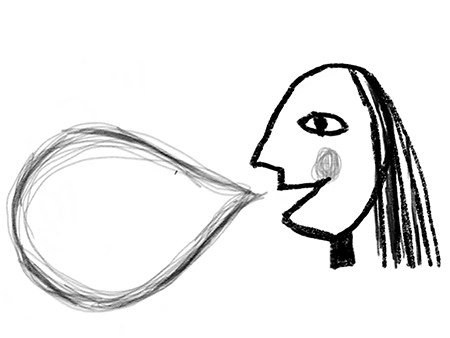 The fourth part of the Multilingual Monday blog series focuses on examining the connection between language, nonverbal communication, and culture. I will also give some concrete examples of how these elements working together affect a situation where people from two different cultures meet. To illustrate this, I will use an imaginary scenario in which a German and a Finnish company are negotiating to cooperate.

Blog 4: Connections of Language, Dialects and Nonverbal Communication to Culture

Culture is a way for groups of people to understand reality. In his theory, James A. Banks (2006) mentions six main elements or factors that shape culture and can be identified and distinguished in all cultures. These are:

According to Banks (2006), language, dialects, and nonverbal communication are some of the building blocks of culture. This also means that by using a particular language, we are also interacting with the culture in which that language is used. Another culture cannot be understood if the language and non-verbal communication of that culture are not learned or used. Learning a new language always involves learning the practices of the cultural community or communities in which the language is used. When learning or teaching a language, language and culture should always go hand in hand.

How to Understand Cultural Differences in Nonverbal Communication

It is very fascinating to compare the communication tools of two cultures. It is even more fascinating to make observations about how these communicative tools differ and what kind of misunderstandings can arise when representatives of two cultures are unable to translate the other party’s nonverbal communication into their own “nonverbal language”. Misunderstandings are almost always due to incompetence and ignorance.

Communication Elements and Cultures of Germans and Finns Collide

To illustrate this phenomenon, I will use the following imaginary scenario in the workplace. A German and a Finnish company are negotiating to cooperate. The meeting will be attended by two German and two Finnish representatives. They meet in Oulu, Northern Ostrobothnia, where German guests have arrived during the previous evening. The German group consists of a 45-year-old female director of international affairs and a 55-year-old CEO. The Finnish group, on the other hand, consists of a 33-year-old female CEO and a 48-year-old male marketing manager.

The common language is English and both parties know it so well that negotiations are possible to conduct in English. As we are on the same slightly fragile linguistic ground, neither side has an advantage in this negotiating situation. Neither party uses their own mother tongue at all during a joint discussion. Using one’s own language would exclude part of the group from the discussion, which would seem secretive and suspicious.

Although the level of English of the members of our group is fairly similar, significant differences can be seen in para-language. The Germans use a lot of filler sounds to show interest and active listening, while the Finns are silent in similar situations because they do not want to disturb the speaker. The German man speaks quite slowly and in a very resonating and low voice. This creates the impression of a confident leader. The Finnish woman has a very high and quiet voice and speaks relatively quickly. This appears in the eyes of the German man as uncertainty and inexperience, evoking his protective instinct. This in turn affects the kinetics of the man, which will be described next.

Kinesics refers to the visual forms of communication and includes eye contact, facial expressions, gestures, postures, and movements. Because eye contact is able to regulate interaction, observe the environment, and also show emotion, it has a huge impact on the course of the whole negotiation.

When the German CEO and the director of international affairs present the operations of their own company, the Finns’ eyes are on the presentation. This is also the case when the Finnish representatives talk about the activities of their own company. Fortunately, in both corporate cultures, it is not appropriate to stare at your own laptop or phone while others are giving a presentation. The eye contact shows interest, and in this situation it is correct and polite to focus on the presentation (unfortunately this is not the case in all meetings).

In Germany, a breach of this rule is, in fact, an even bigger mistake than in Finland, where one might treat the “criminal” with only a dirty look or a complaint to a third party afterwards. In Germany, on the other hand, inappropriate behavior would be addressed by saying it out loud immediately at the meeting, so that the person in question would be a little embarrassed and would not repeat it again (I call this public education, which is common in Germany).

Misunderstandings Based on Expressions

However, the 55-year-old German CEO is making our 33-year-old Finnish CEO uncomfortable for a completely different reason. The German looks at her often and for a long time while smiling and sometimes raising his eyebrows. He means it as a courtesy and a reassuring gesture, because he thinks the woman’s para-language clearly indicates uncertainty. The Finnish woman is not used to this kind of direct feedback and is both flattered and embarrassed. She interprets the man’s behavior as flirting. As a result, she is not really able to focus on the content of the meeting. She even blushes a bit and starts removing invisible dust particles from her sweater.

The Germans feel a little insecure during the meeting due to a completely different matter. The Finns’ use of expressions differs so much from German practices that it has a lot of effects on the whole situation. The essence of the problem is that the Finnish representatives use expressions much more sparingly during the meeting than Germans. When the German CEO tells how the company’s turnover unexpectedly increased a couple of years ago, he would have expected surprised, admiring and happy looks. Instead, the faces of the Finns remained neutral.

In the case of the marketing manager, he remained neutral because he simply does not use expressions as strongly as the Germans, because it is not customary in Finland. According to researchers Sarah Trenholm and Arthur Jensen (1992), his expressor type would be a “withholder,” a person who shows very little emotion. The 33-year-old female CEO wants to avoid all eye contact and reacting due to the staring earlier and therefore uses a slight smile throughout the negotiations. In this situation, she is a “frozen-affect expressor,” meaning that she uses the same expression all the time, even if does not reflect her true feelings.

One of the Germans is a “revealer”: the expressions of the 45-year-old German woman are like an open book. For this reason, the Finns find her pleasant, bold, approachable and friendly – even a little fiery. The 55-year-old German man falls into the “mixer” category because he uses a look that expresses many emotions at the same time is therefore a mystical case that is hard to read.

Finns find the Germans’ use of expressions a bit aggressive, even though they may not even be able to tell where this impression comes from. In this case, it is not only due to the expressions but also to the use of relatively fast movements and positions that mean “ownership” in Finland. During the meeting, the Finns use much calmer movements, which in turn are interpreted by the Germans as slowness, caution and restraint.

After the meeting, the men shake hands with each other and the women hug each other because they have already met before and therefore know each other. The German CEO attempts to hug the Finnish woman. The only purpose of the German man is to convey a message of caring. However, the Finnish woman understands it as a sexual interest. Therefore, she withdraws instinctively and reaches out for a handshake.

The above-mentioned situation and the behavior of the Finnish woman are also related to proxemics, which means people’s use of space. According to a study by Agnieszka Sorokowska et al. (2017, 9), the need for personal space for Germans is 90 cm with strangers, 65 cm with acquaintances and about 40 cm with relatives. Henrik Høgh-Olesen‘s (2008) study shows that the need for space is much greater for Finns than for Germans. For this reason, not only the touch, but also the “penetration” of one’s own personal territory may seem difficult and uncomfortable from the point of view of the Finnish woman in our example scenario.

As with other nonverbal means, a person also affects communication with their body and how they dress. At the same time, others make interpretations of these factors. The most important factor related to physical appearance that each of us can influence is clothing and style.

For this negotiation situation, everyone is dressed neatly, which gives the impression of respect and importance. In addition, it also has a positive effect on the parties’ persuasiveness. Men have neatly cut hair and they wear suits and ties. The Finnish woman uses Marimekko’s poppy-patterned dress, with which she wants to express her appreciation for her homeland, show the German guests some Finnish design and bring something special to the meeting.

As the example above shows, a lot of different things happen during a communication situation. The most important thing in any encounter is that we understand and become understood. It requires openness, flexibility, and an interest in diversity. Additionally, it is important to realize that one’s own way to communicate is not the only right one in the world but that there are thousands of other ways to express oneself.