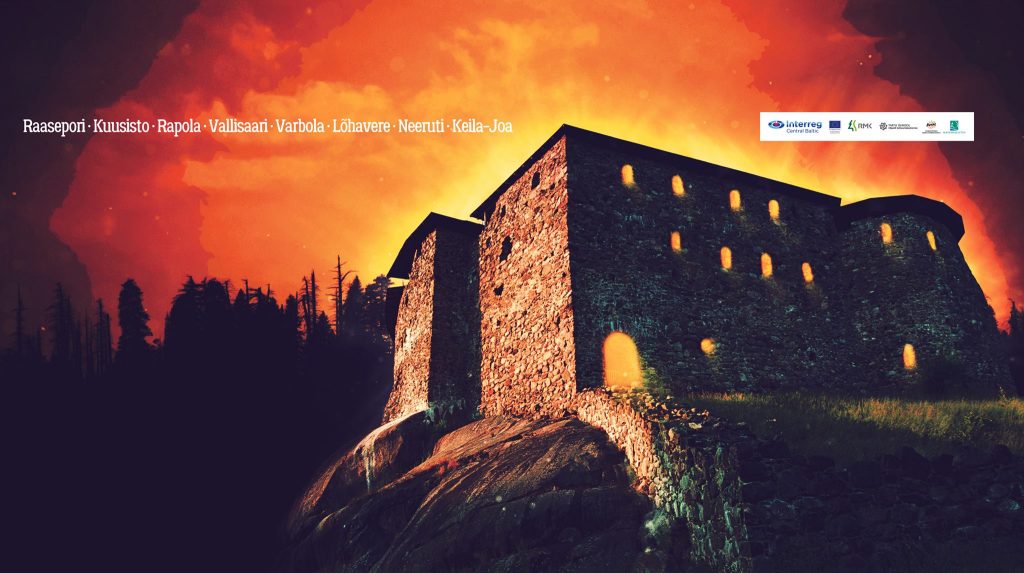 Lights On! was a collaborative project (2015-2018) which sought to establish a network of historical travel destinations in Finland and Estonia. The project raised awareness of the fascinating history of the northeastern parts of the Baltic Sea region.

Lights On! has recently been added to the database of EU in my region, a campaign which highlights some of the most commendable projects that have been carried out with EU funding.

There are eight historical sites included in the project — four in Finland and four in Estonia. The Finnish sites consist of the medieval castle ruins of Raseborg and Kuusisto, the Vallisaari fortress, and the Rapola hillfort.

Lecturer Nina Luostarinen, who worked diligently on the project, states that the project was designed to encourage people to experience the historical sites in a participatory manner.

The aim of the project was to promote relatively unknown travel destinations by using modern technology. We organized a wide range of activities to help visitors discover the stories that these forts and castles contain, Luostarinen says.

During the project, the historical sites were filled with various endeavors such as imaginative light- and video projections, live roleplaying, and image-based story competitions on Instagram.

A Lights On mobile application has also been created. It uses augmented reality to allow users to interact with characters from the past. The characters guide the users and offer them chances to complete exciting missions. The app won the Applied Game Award in the 2018 Finnish Game Awards.

The Lights On! project culminated at Raseborg castle ruins, in an event which was organized on the Night of the Ancient Bonfires on August 26 2017. During that day, all the historical sites of the project were bathed in artworks that used light as the primary medium of expression.

There is also a tangible way that Lights On! has made these places more accessible to the public that is not related to art or general decoration. All the historic sites have been installed with permanent lights that illuminate them all year round.

We can now view these places in a new light — literally. The lighting prolongs the tourism season and improves visitor experience significantly, says Nina Luostarinen.

All in all, Lights On! has proven to be a highly successful project that has deservedly been noted internationally as well. It has increased the appeal of several underutilized cultural sites and continues to provide benefits for local economies. Hopefully the project will serve as an inspiration for similar undertakings in the coming decade.